The Lowndes County Sheriff’s office is seeking the public’s help in identifying an unknown subject wanted in connection with the recent armed robbery of a business.

Through Central Alabama CrimeStoppers, the Lowndes County Sheriff’s Office released the photo of a suspect wearing a red hoodie in connection with the armed robbery of a convenience store located at the 5600 block of U.S. Highway 80 on Tuesday, July 24.

Investigator N. Cognasi of the Lowndes County Sheriff’s Office said the name of the business is not being released due to the investigation and at the request of the business owner.

Cognasi said an unknown subject entered the business armed with and handgun and robbed it of “an assorted amount of U.S. currency,” as well as employees of various items including “jewelry, cell phone and wallets.”

Investigators advised Central Alabama CrimeStoppers that the suspect produced a semi-automatic handgun and that the incident occurred at about 8:09 p.m.

Cognasi said the subject fled on food and Lowndes County deputies responded to the scene with the assistance of the Alabama Department of Corrections K9 tracking team.

However, Cognasi said, “Apprehending the suspect was unsuccessful.”

Cognasi said, “If anyone can help in identifying the suspect, please call Lowndes County Sheriff’s Office investigators at 334-548-2323, or you can anonymously report tips to Central Alabama CrimeStoppers at 334-215-7867.” 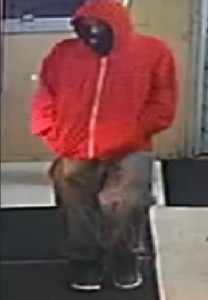