That was the result of the Democrat and Republican Primary Runoff Elections based on unofficial totals from the Lowndes County Probate Office.

With no Republican opponent and 13 of 14 boxes (all but provisional votes) reporting, LaShandra Myrick defeated Debbie Tammy Dunkin Webb for probate judge with 1,364 votes to 999 votes or 57.72 percent to 42.28 percent.

Also with no Republican opponent, Terrell Means defeated incumbent Lowndes County Coroner Cassandra D. Smith by a 10-vote margin 1,172 votes to 1,162 votes. The translates to Means getting 50. 21 percent of the vote to Webb’s 49.79 percent.

Provisional votes will be counted Tuesday.

Lowndes County voters also helped Lowndesboro Mayor Rick Pate defeat Gerald Dial for Alabama Commissioner of Agriculture and Industries on the Republican Runoff Ballot with 207 votes to 33 votes or with 86.25 percent of the vote to 13.75 percent.

The unofficial statewide numbers are according to the official website of Alabama Secretary of State John H. Merrill.

Following his Lowndes and statewide victory for commissioner of agriculture and industries, Pate said the election was fun, but found he was political novice.

After campaigning for a year and half, he said, his path across the state meeting people and organizations looked like “a spider web.” He also said the “viciousness” of the campaign was “eye opening” and something for which he wasn’t prepared.

Pate was referring to some negative campaign ads against him.

However, Pate said, “We just want to thank everybody. We had tremendous support. We did great in Lowndes County.”

Pate said the entire River Region’s support for his campaign was “very satisfying.” He said he felt the people who knew him best supported him.

Following are unofficial results in other races on the Lowndes Republican Runoff Ballot with all but provisional ballots counted and statewide with 67 of 67 counties reporting:

For Lieutenant Governor Twinkle Andress Cavanaugh led Will Ainsworth 122 to 109 in Lowndes. But statewide Ainsworth defeated Cavanaugh 176,680 to 166,475. He will face Democrat Will Boyd in the general election.

For Attorney General Steve Marshall led Troy King 122 to 112 in Lowndes. And state wide Marshall defeated King 211,619 to 129,427. He will face Joseph Siegelman in the general election.

For Associate Justice of the Supreme Court Place 1 Brad Mendheim led Sarah Hicks Stewart 118 to 100. But statewide Stewart defeated Mendheim 176,225 to 134,511. There is no Democrat opponent.

For Civil Court of Appeals Judge Place 1 Christy Olinger Edwards led Michelle Manley Thomason 128 to 56. And statewide Edwards defeated Thomason 145,344 to 125,998. There is no Democrat opponent.

For Court of Criminal Appeals Judge Place 2 Rich Anderson led Chris McCool 107 to 84. But statewide McCool defeated Anderson 136,828 to 112,348. There is no Democrat opponent. 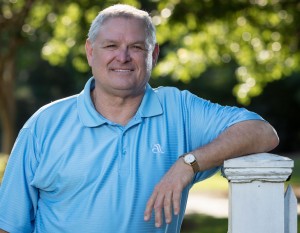 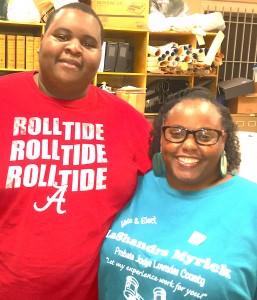 Career training events to be held in Montgomery, Selma…