Justin Pouncey, who was appointed to the Hayneville Town Council in a special called meeting held Wednesday, March 21, took his seat on the council at this month’s Monday, April 9 regular meeting.

Pouncey said he was given the oath of office on this past Thursday, April 5, by Lowndes County District Judge Adrian D. Johnson.

The special council meeting action at which Pouncey was appointed, came on the heels of an Alabama Supreme Court ruling that upheld a Lowndes County Circuit Court ruling by Circuit Judge Terri Bozeman Lovell that the May 23, 2017 election of Hayneville Council member Carole C. Scrushy was illegal and void.

Upon Pouncey’s appointment, however, Hayneville Town Attorney Michael G. Strickland said the town would seek an opinion from the League of Municipalities and the approval of Lovell.

Strickland told the Signal of the March 21 meeting of council at which Pouncey was appointed,  there was a special call meeting to set the dates for an election to fill the vacant seat and to vote on a Municipal upgrade project only.

He said, “The agenda only contained the information to vote on the Municipal project and to set the dates for the special election.”

Strickland said, “For all Town, City and County Council/Commission meetings, notice must always be given to the general public and to all members of the council pursuant to the law of the State of Alabama.  That notice must state what matters will be addressed by the Town Council.  Only those items on the agenda can be voted on especially at special call meetings.”

Pouncey said following the Monday, April 9 meeting at which he took his seat on the council that he was “excited” and that it had been “a whirlwind” regarding how things are going. He said, “I’m just going to take it one step and at a time and see what we can do.”

Council member Cynthia McDonald moved to appoint Tyson-Bailey to the position, but Mayor David Daniel said the action was not on the council’s agenda.

Following the meeting, Tyson-Bailey said, “Mayor Daniel does not want to have a special called meeting to elect a mayor pro tem because he knows whenever we vote they said we want Ms. Tyson-Bailey as mayor pro tem…” She said the council would force his hand so he can call a special meeting later in the month.

The council approved corrected minutes from March 21 meeting at which the council voted not to accept the date of a special election.

Tyson-Bailey said the name of the person who seconded her motion, McDonald, was omitted.

In other actions Monday, the council:

* Approved the transfer of CDs at First Citizens Bank in the amount of $39,599.65 at Department of Transportation account for a sidewalk project.

Strickland explained to the council that the money will act as a “line of credit” for the town since Hayneville did not qualify for one.

He said the Alabama Department of Transportation will hold the CD. As bills for the project come in, the money will be paid from the CD, but will be reimbursed back into the town when the project is complete.

Tyson-Bailey said capital improvement funds could be used for other things the town needs besides a sidewalk. And she said he would not for yes for that or a loan application for $20,000 for the sidewalk project.

Economic Development/Project Manager Helenor Bell, Strickland and Daniel stressed that the money for the CD and loan would come back to the town.

* Approved application for a $20,000 loan at Bancorp Bank for the sidewalk project, which will provide sidewalk from the town square to the Lowndes County Health Department. McDonald and Tyson-Bailey voted no.

Pouncey said he abstained on all actions except for the payment of bills.

The Signal reached out to the Alabama League of Municipalities for an opinion on the seating of Pouncey, but was told that the League could not comment. 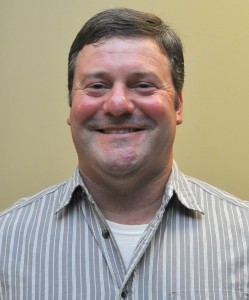