Man arrested for shooting in Mosses

The Lowndes County Sheriff’s Office has arrested Deldrick Keon Thomas, 28, in connection with the shooting of Ronald Llewllyn Means Jr., 34, in the Mosses Project area of Williams Court, Sunday.

He said deputies arrived and secured the scene. And he said the victim, identified as Ronald Llewllyn Means Jr., a 34-year-old black male, was transported to the Baptist South Emergency Room for “receiving multiple gunshot wounds.”

Marvin said the victim who underwent surgery for his wounds “is alive and in stable condition.”

He said the gunshot wounds were non-life threatening. Marvin said, “Investigators were given a suspect vehicle description of a silver and black Cadillac. Investigators recognized the vehicle as belonging to Deldrick Keon Thomas,” who he said is 28-year-old black male. Marvin said investigators made contact with the suspect vehicle in Hayneville. He said, “Thomas was then arrested, charged with attempted murder and booked in the Lowndes County Jail.”

According to Marvin, Thomas was slated to go before Lowndes County District Judge Adrian D. Johnson for his initial bond hearing on Monday morning, July 10. 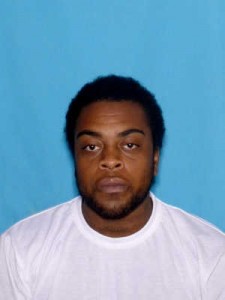 Pate candidate for Commissioner of Agriculture and Industries

Special to the Signal Rick Pate, mayor of Lowndesboro since 1997 and president of Pate Landscape Co., Inc., has announced... read more