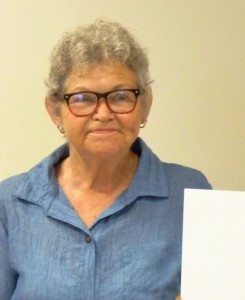 The Lowndes Signal
Lowndes County’s updated Solid Waste Management Plan cleared one hurdle on the way to approval by the Alabama Department of Environmental Management Monday night.
The county’s Solid Waste Management Plan Update September 2016, prepared for the Lowndes County Commission by Barbara Evans of Burkville, was the subject of a required public hearing held at the commission auditorium.
While the County Commission was present, the hearing was moderated by attorney Sharon Wheeler of Montgomery with a court reporter present to record the proceedings. Evans was also present to answer questions from the public and County Commissioner Robert Harris.
The next steps, according to County Attorney Hank Sanders, will be a resolution from the Lowndes County Commission and approval by ADEM.
Along the way, Commissioner Harris had questioned why preparation of the plan has taken so long.
He stated at a prior commission meeting that Evans had been given the contact two and a half years ago and was supposed to have completed the plan at the end of that particular year in six months. He wanted to terminate the contract with Evans.
The commission voted instead over Harris’ lone “no” vote, to allow Evans an opportunity to show that she had the plan completed, which she did, and set the hearing date.
Evans explained to the Signal following Monday night’s hearing, “Partly, you know, I was ill right after I got the contract. I was ill for several months. But after that, my problem was getting the information from the garbage providers… that was my problem. And I couldn’t seem to get that across.”
During the public hearing:
Kelly Lambert asked if all of the municipalities in the county were included in the plan.
Evans answered that all are included except Fort Deposit. However, he said, two of the municipalities are using different providers, but the plan calls for them to be encouraged to use the same provider.
Lambert said he felt if all the municipalities were under the same plan, “We may can get a better contract and it won’t cost the citizens as much because they will have more people in the plan.”
Debra Harris asked if recycling and white goods were included in the plan.
Evans explained that “white goods” (things like washers and dryers) are not included in the current contract. And she said that is believed to be “the source of some of the illegal dumps.”
However, she said, one of the suggestions in the plan for the future is to put dumpsters out twice a year at different locations in the county for people to get rid of white goods.
Evans also said, “At this time recycling is not financially feasible. However, that could change in the future.” She said when oil prices dropped most recycling came to a “screeching halt” because recyclables were oil based. But she said the plan discusses how the county will look at recycling in the future.
Harris asked what changes were in the current plan from the past plan of 10 years ago.
Evans responded, “I don’t even know how to answer that question. Our population dropped. As you know, this plan is a 10-year projection of how much garbage we are going to use and what we are going to do with it… based on the figures we obtained from the garbage providers based on population… And everything has changed.”
She said the old plan included recycling and a lot of those things did not happen.
Harris also asked about commercial waste. He said he knew more than one company was picking up commercial waste and construction debris, but asked, “Is there any plan to consolidate those?”
Evans said, “You can’t force a company to do business with a certain provider. We could encourage it, but that is all we could do.”
She said, “We really have no input as to commercial pick up. All we can do is make sure that it’s picked up. But how they do it is really up to them… what provided they use.”
Debra Harris asked if the state still had a moratorium on landfills to which, Evans replied there is not.
The Signal asked when the plan would go into effect.
Evans said ADEM would have to approve the plan and mayors of the municipalities will have to sign off would have to produce their own plan.
Wheeler told the public the plan can be viewed during regular business hours at the commission office.