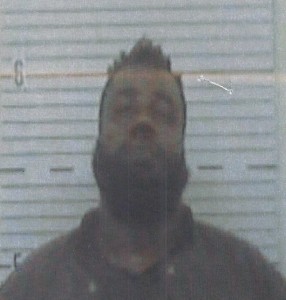 By Fred Guarino
The Lowndes Signal
The Lowndes County Sheriff’s Office has arrested a Montgomery man in connection with the shooting death of a Lowndes County man in the Calhoun Community.
According to Lowndes County S.O. arrest reports, the S.O. arrested Robert Fitzgerald Turner, 34, of Montgomery on the charges of murder, shooting into an occupied vehicle and for being forbidden to carry a firearm on Thursday, Feb. 11.
Lowndes County Chief Deputy Chris West said Turner worked security for a company out of Montgomery and was working security at a club in the Calhoun Community.
He said the incident happened in the early morning of Sunday, Feb. 7.
West said there had allegedly been an “ongoing confrontation” involving two individuals at the club. As everyone was leaving, West said, a shooting allegedly took place.
He also said Turner is allegedly a convicted felon and therefore not eligible to carry a firearm. However, he said, Tuner allegedly had a gun on him.
West said, according to reports, an individual in a car had fired some shots out of the window. “And this security guard right here (Turner) started (allegedly) shooting at the car. He said in (allegedly) shooting at the car, Turner (allegedly) hit someone through a window, injuring the person who later passed away in Birmingham.
West said, “The reason he (Turner) is charged like he is, is that no witnesses have said that the shooter was shooting at the security guard or anyone else. The reports that we’ve gotten is that this guy was shooting in the air. And while he was shooting in the air, the security guard (allegedly) brandishes his weapon and (allegedly) starts shooting at the car and (allegedly) injuring someone that had nothing at all to do with it.”
West identified the victim as Nakia Maurice Rivers, 32, of Old Calhoun Road, Fort Deposit.
He said Turner came in for an interview and was arrested following the interview.