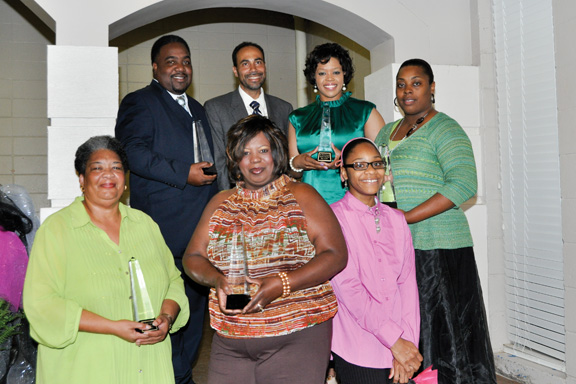 Lowndes County Public Schools recently recognized top award winners and retirees and heard words of inspiration from a 19-year-old keynote speaker who was called to be an evangelist at the age of 6.

Meadows accepted the call to be an evangelist at the age of 6. He is a junior marketing major at the University of Montevallo, where he also serves president of the Student Government Association and as a Resident Assistant.

He has traveled throughout the United States and Africa. He is the founder and president of an evangelistic ministry to reach the “least, last and lost.”

He is an affiliate of the Kingdom Destiny Fellowship International and appointed as a general observer of the International Youth and Young Adults Department.

Meadows said everyone has been given talents and opportunities, but asked, “What will you say when it is your moment to give a report? What legacy will you leave?”

He said, “A great legacy is not just made of one big opportunity… But legacy is made up of small steps of quality.”

He said he wants to leave a legacy of perseverance and a legacy of love. “Because you can go and do many things, touch many people. But if you didn’t do it out of love, it profits you nothing.”

Other nominees for the awards included:

Students of the Quarter: Shaniece Seawright, a senior at Calhoun School; LaDarrian Lowery, a fifth grader at Fort Deposit Elementary; and Kwaishawn Albritton, a senior at Central High.

“We are extremely proud of the exemplary and dedicated employees who provide these services to and for the school system,” he said. “In addition we have outstanding students, parents and volunteers who diligently support our schools.”