A murder investigation that had been widely reported earlier in the week has now been silenced due to a court-ordered gag order. 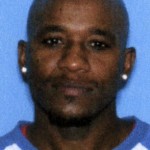 According to the Lowndes County Sheriff’s Department’s arrest report, Green was arrested March 21 by Hayneville Police Chief Kelvin Mitchell, who Tuesday refused to comment on the case, the arrest or the investigation due to the gag order.

“The court finds that there has been extensive prejudicial publicity concerning this case,” Lowndes County District Court Judge Adrian Johnson said in the order he handed down Tuesday. “The court finds that this publicity, if permitted to continue, creates a severe danger that it will be impossible to secure a fair and impartial jury for the defendant in this county.”

Media reports earlier in the week said Green was arrested in connection with the murder of Willie Patterson, who was reported missing in December.

“Base on information we have received, there is a possibility of foul play,” Mitchell said in a January interview with the Signal.

Mitchell said Patterson, 48 and a resident of Hayneville, had come home on Dec. 24 from his construction job, gave his mother some money for Christmas and then left on foot, walking along Old Swamp Road.

Another individual, Mitchell said, informed police Patterson may have been seen riding in a truck on Old Letohatchee Road on Tuesday, Dec. 27.

Local authorities discovered Patterson’s skeletal remains more than a week ago in a wooded area near Hayneville Park and tips have led to Green’s arrest.

Sgt. Steven Jarrett, with the Alabama Department of Public Safety, confirmed the Alabama Bureau of Investigation is assisting the Hayneville Police Department with the case.