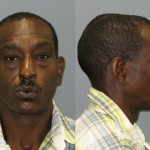 The Montgomery Police Department announced Friday that it has arrested a Letohatchee man in connection with a homicide.

Officers located Moore at about 9:36 p.m. Thursday, March 15, in the 1300 block of Buckingham Drive, Drinkard said. Moore had sustained a gunshot wound to the head and was pronounced dead at the scene, according to Drinkard.

Following his arrest in Lowndes County, Smith was placed in the Montgomery County Detention Facility, where he is being held without bond, Drinkard said.

The investigation into this homicide continues but Smith is believed to have acted alone, Drinkard said.

There is no further information available at this time.

By Fred Guarino The Lowndes Signal Bond has been set at $75,000 for an arson suspect in connection with a... read more