Bond has been set at $75,000 for an arson suspect in connection with a Wednesday house fire in Camden, Wilcox County. 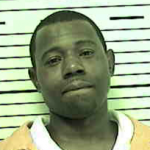 Steve Holmes, public information officer for the state Fire Marshal’s Office, said an investigation led to the Thursday arrest of 36-year-old Kimu A. Craig of Camden, who was charged with arson-first degree, a Class A felony, which carries a sentence of from 10 years to life.

Holmes said the house was occupied by Craig’s estranged girlfriend at the time, who escaped without injury.

Upon arrival, the fire was well involved resulting in extensive damage, he said.

He said the reason arson was suspected couldn’t be released at this time due to the pending litigation.

The alleged Arson appears to have stemmed from an ongoing domestic dispute, Holmes said.

Sheriff Earnest Evans said Craig remained in the county jail as of Friday on a bond of $75,000.

By Fred Guarino The Lowndes Signal The Lowndes County Commission hopes to be in line for state funds to improve... read more