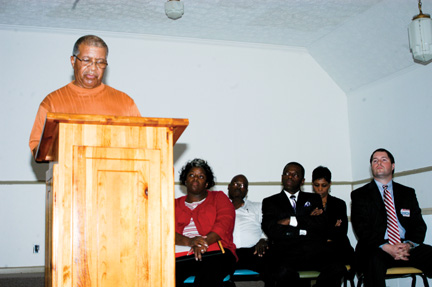 Lowndes County voters were given the opportunity to meet and hear the candidates for local office in the upcoming primary election to be held March 13 at a political forum held in Burkville last Monday night.

The event was put on by the Burkville Neighborhood Watch group at the Winston Pringle Multi-Purpose Building in the Old Mount Olive Missionary Baptist Church on Frederick Douglas Road.

Organizing the event was Kelly Lambert of the Burkville Neighborhood Watch and moderating was Andrea Price.

Candidates expressed support of the public’s right to know, sound money management, helping support and uplift the youth and being fair and impartial.

By Fred Guarino The Lowndes Signal The town of Mosses is seeking funds to connect residents north of the sewer... read more