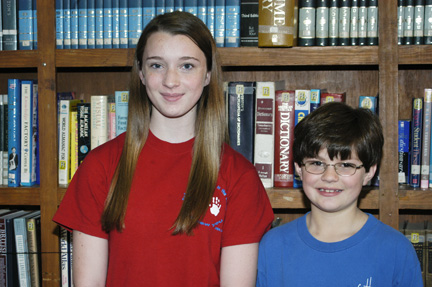 The state event for all AISA districts was set for Tuesday, Jan. 31 at Huntingdon College.

Millie is the daughter of Jeanie and Richard Motes of Tyler and Landon is the son of Michelle and John Hooper of Montgomery.

“I’m just real proud of both them. They did an outstanding job,” said Lowndes Academy headmaster Chuck Insinga.

Other participants in the district event from Lowndes Academy were Grace Gothard for grade five, Logan McMahon for grade six, and Dakota Callaway for grade seven.