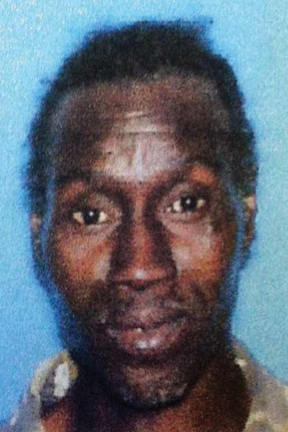 Willie James Patterson, shown here in an undated photo and also known as "Cheerio," age 48, was last seen by his mother on Christmas Eve, Dec. 24, at his home in the 700 block of Old Swamp Road.

The Hayneville Police Department is seeking information regarding the whereabouts of a 48-year-old Hayneville man who has been missing since Christmas Eve.

According to Mitchell, Patterson came home from his construction job, gave his mother some money for Christmas and left home walking up Old Swamp Road.

Mitchell said it was reported to police that Patterson might have been seen riding in a log truck on Letohatchee Road on Tuesday, Dec. 27.

He said Patterson is 6’1″, weighs 150 pounds and was last seen wearing blue jeans, a cap and brown work boots.

According to Mitchell, anyone with information as to Patterson’s whereabouts is being asked to contact the Hayneville Police Department at 334-548-2128.

Kelvin Garrett A Fort Deposit man has been reported missing by his family. Kelvin Garrett, who also goes by the... read more