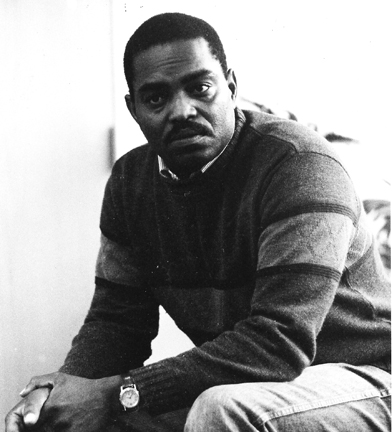 Bob Mants, a longtime civil rights leader, is pictured in an undated photo.

A celebration of Life Get-Together will be held for Civil Rights icon Robert “Bob” Mants Jr., 68, of White Hall at the Jackson-Steele Community Center in White Hall on Saturday, Dec. 17 at 11 a.m.

He was born on April 25, 1943 and raised in Georgia and was a 1961 graduate of East Point/South Fulton High School.

At the age of 16, he was the youngest member on the Committee on Appeal for Human Rights (The Atlanta Student Movement).

In the 11th grade, he volunteered at the Student Non-Violent Coordinating Committee (SNCC). He also attended Morehouse College.

In 1964 Mants was working for the SNCC in Americus, Ga. He met his wife, Joann, while working with the SNCC Southwest Georgia Project and went to work in Lowndes County in 1965.

He was instrumental in planning the Selma to Montgomery March in March of 1965 and was in the front ranks on “Bloody Sunday” as marchers crossed the Edmund Pettus Bridge in Selma.

Two months after Bloody Sunday, Mants worked with an organization in Lowndes County, which was 81 percent black, had less than 30 black registered voters and had no black elected officials.

The result was the Lowndes County Freedom Organization, whose symbol, a black panther, became a national symbol of resistance to segregation and racial oppression.

He was preceded in death by his father Robert and mother Lizzie and sister Alma.

Martha Prescott-Norman Noonan will preside over the celebration of life get-together.

The Rev. Charles Sherrod will deliver the opening prayer for the celebration of life get-together. There will be a gathering of elders including his very close friends, songs by The Freedom Singers, acknowledgements by Dorothy Doss, a thank you from Katanga, Kadejah and Kumasi Mants and the seven grandchildren, and a benediction and blessing of food by Elder Clifford Jackson.

The Lowndes County Interpretive Center will be open after the food and fellowship.

Harold McLemore shows off the greens raised by third grade students at Fort Deposit Elementary as part of a state... read more