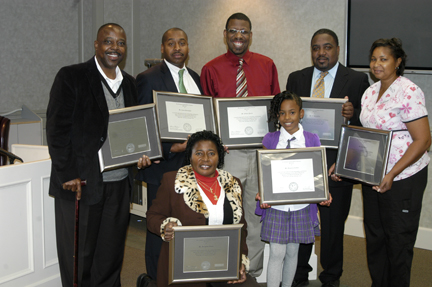 While the Lowndes County Board of Education did not promise any change Thursday night, board members said the policy of suspending students for three days at Calhoun High School who are caught with cell phones will be reviewed.

A parent raised the issue during a regular board meeting that also included the recognition of the school system’s quarterly award winners among other actions.

Stephanie Hart, the parent of a Calhoun student, said her son was suspended for three days for having a cell phone on him. She said in a recent search at the school, everyone, including 30 students, caught with cell phones got an automatic three-day suspension.

Calhoun High School Principal Keith Fair confirmed that 30 students were suspended for having cell phones at school and on campus.

“My problem with that is that even though that is the policy, I think to just enforce the rule … enforce that with automatic three-day suspension is a little excessive… There were other ways to handle the problem,” said Hart. She said “30 students” were out of school as a result. She also said she though the rule should be changed and that there should be something in place for “first offenders.”

Hart said her son was not using his phone, and had she known the policy was that strict, she would have tried to find some alternative. She said her other son has basketball practice, and they have to have that line of communication.

School Board President Steve Foster said, “I think where we are is that our policy was considerably more lenient a couple of years ago at Calhoun… And the policy we had at Calhoun at the time wasn’t working. We still had problems with people bringing cell phones being used for purposes that really brought about highly negative occasions at the school.”

While Foster said that (three day suspensions) is the policy now, he said, “We’re going to evaluate it and see how it’s working for us. We don’t want anything that’s going to harm the student because it’s too strict, but we don’t want something that is so lenient that it’s not effective. We’re trying to find a balance between effectiveness and efficiency of a policy.”

“But the things that you are saying, we will take into consideration as we review the policy,” he added.

“I’m certain that it won’t end here, and there will be some discussion and follow up,” said School Board member Dr. Denise Davis-Maye. She also said she hoped it would prompt parents to go through the policy book with their children.

Boyd also reported that Central High students will participate in a service projects at a school and hospice for elders in Belize Central America in Mid November. He said they include Nyeesha Gordon, Jazmine Lawson, Shaneishe Hill and Tjuana Griffin. School Board Attorney Henry “Hank” Sanders, Carl Bell and Mt. Moriah Missionary Baptist Church Number One will sponsor the trip.

Boyd reported that the Lowndes County Head Start Program received a clean audit with one citation for not fully complying with the Davis-Bacon Act, which was cleared up. He said if you receive federal money for a project, the agency receiving the funds must do an audit to make sure that every construction worker is making a comparable salary to others working on other projects in the area.

“In spite of that the scrutiny and all the work that went into this particular audit, for it to be as clean it is is truly an awesome job,” Boyd said.

The board approved resolutions in memory of Central Elementary student Curtis Glast Jr. and Joseph Bedgood who had 30 years with the school system. In addition, the board voted also to set a resolution policy to make sure everyone is treated fairly.

Sanders said law did not require it, the board approve a redistricting resolution approving the same redistricting plan approved the Lowndes County Commission.

In other actions, the board approved:

•Memorandum of agreement between the board and the state Department of Education (grant funds for at-risk students).