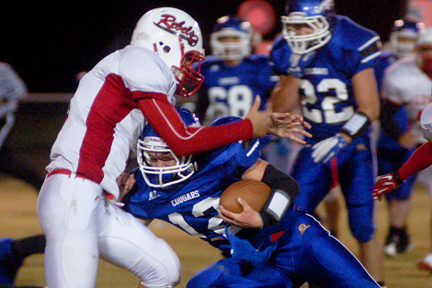 Quarterback Hank McIntosh was 12 for 17 through the air for 107 yards and one interception for the Rebels.

The leading Rebel defender was Derek Pearson who had nine tackles, one fumble recovery and one sack.

The Rebels will close out the regular season at home against Autauga.