Students travel to University of Maryland 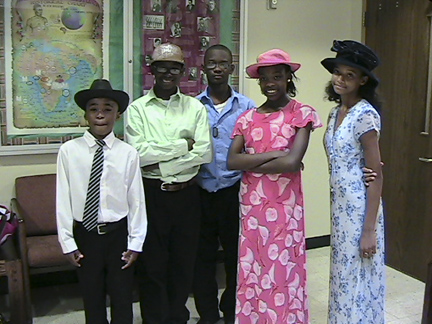 Harold Hulett, Montez Baity, Xavier Simpson, Orianna Gordon and Santanna Thomas competed at the state level at Auburn University in March, winning their division with a historical performance and exhibit board presentation.

Baity of Lowndes County Middle school and Simpson of Hayneville Middle School presented an exhibit board on the Lowndes County Freedom Organization of the 1960’s.

Gordon of Lowndes County Middle School, Thomas and Hulett of Hayneville Middle School wrote and performed a historical play about the same organization.

The exhibit group, she said, received comments praising their interview, and the performance group was within one point from being in the finals, “the closest any junior performance group from Alabama has ever gotten.”

They were given gallery passes to observe a debate on the floor of the House.

Westmoreland said the students wanted to thank all those who helped them make the trip possible including: