I-65 wreck in Fort Deposit kills one 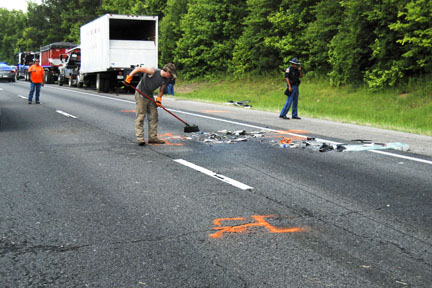 A fatal wreck on I-65 slowed traffic for several hours.

State Troopers are investigating a Monday morning accident with one fatality on Interstate 65 near Fort Deposit.

While State Troopers have released no details on the accident at this time, Lowndes County Coroner Doris Alexander confirmed there was one fatality in connection with the accident, which she said, occurred between Fort Deposit and Letohatchee on Interstate 65, Monday morning.

Alexander identified the deceased as Gerald James Mosley, 40, a resident of Montgomery.