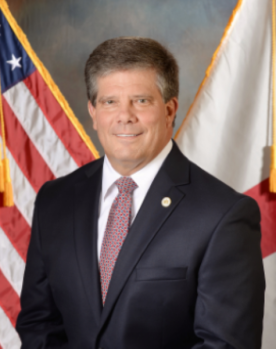 Alabama Law Enforcement Agency Secretary Hall Taylor urges passengers to keep themselves safe by making the decision to buckle up. 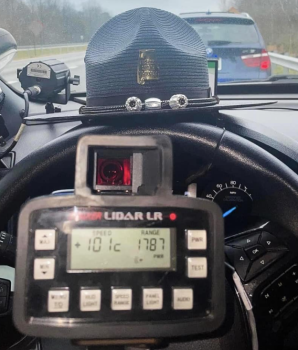 According to the Alabama Law Enforcement Agencies, passengers accounted for 62% of traffic fatalities nationwide in 2019.

The Alabama Law Enforcement Agency announced Monday it has joined a national campaign to empower passengers to take responsibility for their own safety during National Passenger Safety Week.

The observance launched Sunday and continues through Saturday. ALEA joined the campaign to raise awareness and encourage passenger safety because passengers accounted for 62% of traffic fatalities nationwide in 2019.

“Passengers have the ability to keep themselves safe, and it begins with always making the decision to buckle up. Seat belts save lives,” ALEA’s Secretary Hal Taylor said. “This week is dedicated to empowering individuals to take a proactive and intentional approach to passenger safety. Sadly, there have been countless lives lost in traffic crashes that were completely preventable.

“Bringing awareness to passenger safety is truly the principal reason our Agency supports this important initiative. Passengers should never get into a vehicle with an impaired driver, and they should remember they always have a choice and the ability to discourage such dangerous driving behaviors as texting, speeding and even driving while drowsy.”

The We Save Lives group and The National Road Safety Foundation launched the awareness initiative in January.

ALEA joined over 60 traffic safety and advocacy groups nationwide to encourage and empower passenger safety with a nationwide media blitz campaign, social media outreach, and involvement from groups such as the Governors Highway Safety Association, the National Safety Council, and Students Against Destructive Decisions.

“Much of being a safe driver comes from education,” said Michelle Anderson, Director of Operations at the National Road Safety Foundation.

The nonprofit was founded 60 years ago to promote safe driving behaviors through education.

“When people are knowledgeable about driving risks like impairment, speed, aggression, and drowsiness, there’s a better chance they will avoid taking those risks or letting others do so,” Anderson said. “The National Passenger Safety Campaign educates and empowers passengers about how they can save lives by calling out unsafe driving in the vehicle before crashes happen.”

Founded by Candace Lightner in 2014, We Save Lives serves as an umbrella for more than 50 highway safety advocates, law enforcement agencies, companies, local, state, national, and international organizations, victims and survivor groups, and others who want to stop deaths on America’s highways.