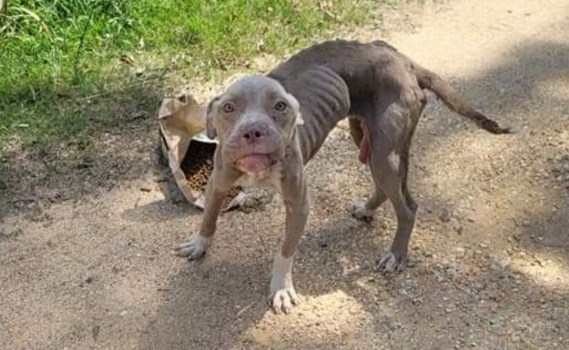 The pit bull, Pal, was found starving and near death in Hayneville. He is just one example of the abused, abandoned, and neglected animals in Lowndes County needing the help of a local rescue or shelter. 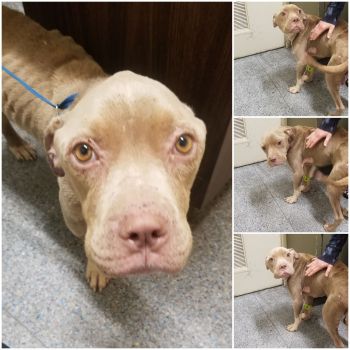 Hope Hull resident Melissa Peak spent around $5,000 in donations and from her own funds to restore Pal to health. 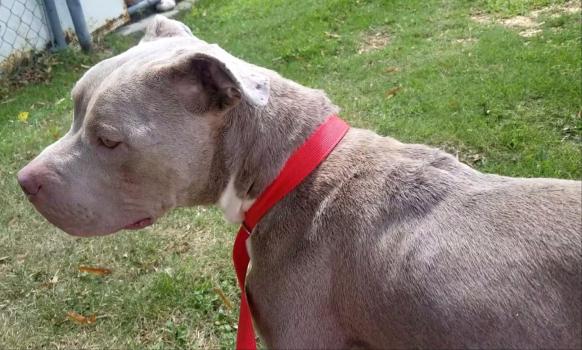 Heartworm, hookworm, and paraphimosis treatments required to restore Pal to health cost around $5,000. 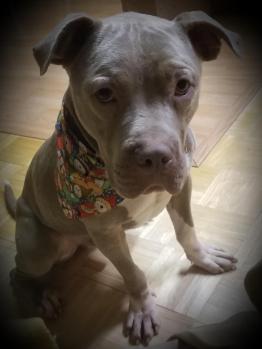 Pal was found starving and near death in Hayneville last year. He was recently adopted by a family who renamed him Cynder and had begun a wonderful new life thanks to the efforts of Hope Hull resident Melissa Peak. 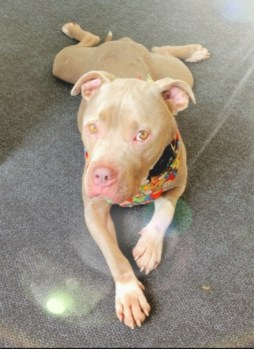 Pal was found starving and near death in Hayneville last year. He was recently adopted by a family who renamed him Cynder and had begun a wonderful new life thanks to the efforts of Hope Hull resident Melissa Peak.

“I wanted to come here today because there is a growing problem which has been a problem for a number of years,” Peak told commissioners. “My family first moved here in the late 1990s and years later, we are still dealing with the issue of animals.

“We do not have or have access to an animal shelter or designated nonprofit that operates in Lowndes County. The county has essentially become a dumping ground for abused, abandoned, and neglected animals.”

According to Peak, Alabama Code 3-7A-7 requires each county in the state to provide a suitable county pound and impounding officer for the impoundment of dogs, cats, and ferrets running at large.

“By law, each county is supposed to have an animal shelter, whether as a government entity or nonprofit,” Peak said. “So, this goes beyond trying to appease animal lovers. This is about following the law and providing the resources to the citizens who care about the health and welfare of stray, abused, and neglected animals as well as the health and safety of the population in general.”

Lowndes County has no shelter and no trained, designated humane officer as the law requires, Peak noted.

“According to the law, if you do not have a humane officer, then the responsibility falls back on the local law enforcement,” Peak said. “They are not really trained, and this is not their specialty, but I think you need to have a specialty, especially in a rural area where the focus is on agriculture.”

Peak said commissioners told her local veterinarian, Harold Pate, served as humane officer at one time but gave up the office some time ago due to the demands of his practice.

During the meeting, Peak relayed one example to commissioners which represents the severity of the problem.

“Recently, I rescued a pit bull which was on the brink of death,” Peak said. “My mother found him wandering near Dr. Pate’s clinic when it was closed for a week. I managed to raise over $3,000 for this dog’s care by going on Facebook and getting donations from strangers. My mother and I put in an additional $2,000 of our own money.”

Surrounding county shelters could not accept the dog Peak named Pal due to lack of available space. Nearby Montgomery Humane Society told her if they made an exception for Pal, he would most likely be euthanized, since adopters often prefer smaller dogs.

“If we had access to a shelter or other humane resources, those dollars could have stretched more,” Peak told commissioners. “Because we no longer have resources from surrounding counties, I am beckoning to the commission to please look into starting a shelter or designating a non-profit shelter.”

Pal received treatment for heartworms, hookworms, and paraphimosis, Peak said. He fully recovered and was adopted by a family who renamed him Cynder.

But while Cynder gained a happy ending, other animals across the county still need help, Peak said.

District 2 Commissioner and Chairman Charlie King, Jr. requested Peak draft a proposal, outlining a plan for the commission to consider.

“Because of the size and income level in our area, I would say that partnering with a nonprofit would work out best,” Peak said. “I think if the commission can designate funds to at least contribute, we might be able to do fundraisers to make up the difference of operating costs.”

District 1 Commissioner Robert Harris said the commission hasn’t yet delved into a solution to the problem.

“We have great needs, but we don’t have great funding,” Harris said. “We have the same needs everyone else does, but we just don’t have the tax base to be able to take care of it. We are concerned because having stray animals can turn into a problem with rabies. It could get really bad, so I think all the commissioners are concerned to some point.”

For more information or to help with the effort, email Melissa Peak at melissa.peak@hawks.shorter.edu.