Pioneer Electric Cooperative responded to 79 member outages Tuesday evening and worked through the night to restore all outages by mid-Wednesday morning. 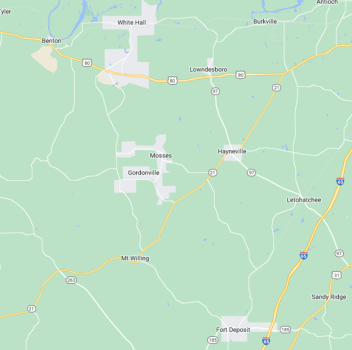 One Alabama Power customer near Letohatchee remained without power early Wednesday morning and had been restored by mid-morning.

“We didn’t sustain damage,” Rudolph said. “We watched conditions all night. There were high winds, so we watched to see how that would play out. But we didn’t get any calls and I didn’t see anything.”

Weatherman Rich Thomas reported on social media that a possible tornado touched down near his east Montgomery home.

While Lowndes County residents reported no damage from the storm system, power outages impacted some residents. By mid-Wednesday morning, sporadic power outages reported in the area had been restored.

“We had 79 members lose power in Lowndes County,” said Pioneer’s Communications Director Christi Scruggs. “Our guys worked through the night to get everyone back on.”

Alabama Power customers may find tips and resources, report an outage, or view an outage map for their area by visiting alabamapower.com/residential/outages-and-storm-center.