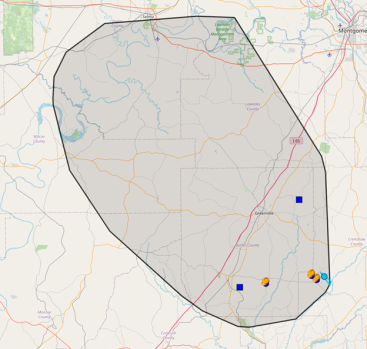 Over 700 Pioneer Electric Cooperative members experienced outages during the height of Wednesday morning’s storm surge. By early afternoon, all outages had been fully restored in Lowndes County. 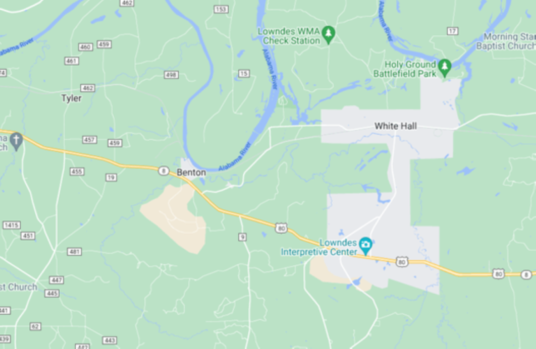 By Wednesday afternoon, all Alabama Power outages in Lowndes County had been fully restored.

Emergency Management Agency Director Rodney Rudolph received reports of a possible tornado touchdown near Benton, but his investigation revealed no evidence of damages.

“I’ve been driving [to check] all night and all morning,” said Rudolph. “Luckily we didn’t get any damage.”

According to Rudolph, 911 dispatchers reported no calls related to the storm system. Further inspection of Benton roads following the storm confirmed all roads in the area remained clear.

Rudolph said the storm’s path crossed through Benton, along the Alabama River and the Lowndes/Autauga County line.

“There were rumors of a tornado in Benton, but we don’t think there was a touchdown in Lowndes County,” Rudolph said. “There was possibly a touchdown in Autauga County and fatalities in Montgomery County.

“We had scattered outages across our entire system last night,” said Scruggs. “But overall, we fared pretty well. At the height of outages, we had 740 customers out, which is a very small portion of our entire system.”

By mid-morning Wednesday, approximately 11 Lowndes County Pioneer members remained without power, and by 1 p.m., all outages had been restored.

“When a storm like that happens, lightning and fallen tree limbs cause problems,” Scruggs said. “If you look at our outage map during a storm, you can see how things are playing out. It’s color-coded by the number of customers by each outage. When you have storms rolling across an area, you have problems scattered here and there.”

More than 14,000 Alabama Power customers were without power mid-morning on Wednesday. By noon, that number had reduced to just over 10,500, with no outages remaining in Lowndes County.

Alabama Power customers may find tips and resources, report an outage, or view an outage map for their area by visiting alabamapower.com/residential/outages-and-storm-center.