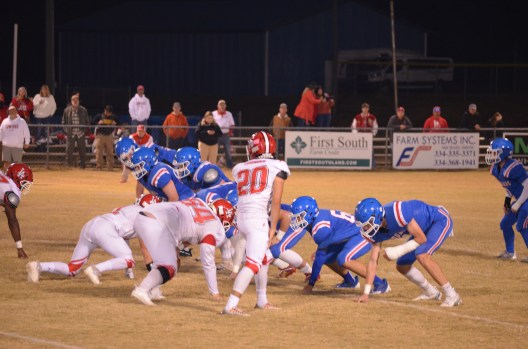 The Cougars struggled late in the fourth quarter, and the Rebels took home the victory, 21-20. 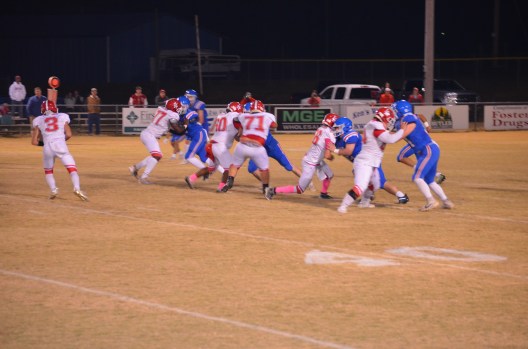 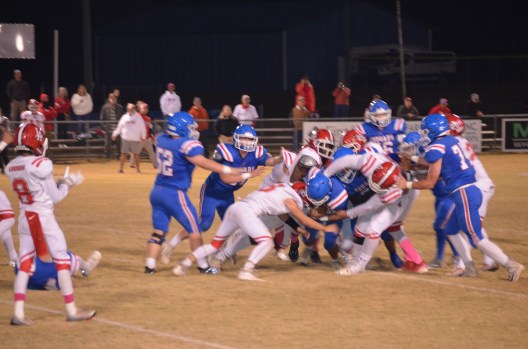 The Cougars failed to rally after a fourth-quarter comeback pushed the Rebels ahead with just 1:54 left on the clock. 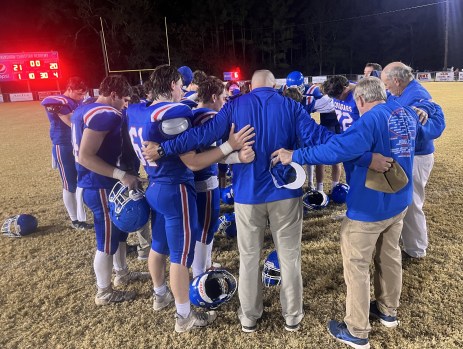 After losing to Lowndes on their own turf Friday night, the Cougars gathered to pray and remind one another they are a family.

Lowndes Academy claimed a 21-20 victory Friday night over Crenshaw Christian Academy with a fourth-quarter comeback on the Cougars’ home turf.

The win placed the Rebels, now 7-2 (4-0 in region play), atop the standings in the Alabama Independent Schools Association’s Class A, Region 1 with CCA close behind at 6-3 (3-1 in region play).

“It was the tale of two halves,” reflected Lowndes Academy head coach Shane Moye. “The first half, we struggled.”

Crenshaw Christian dominated through the first three quarters of the game and well into the fourth. Each team called time out with three minutes left on the clock and Lowndes trailing 20-13.

As the game resumed, Lowndes mishandled the punt, and a certain victory seemed imminent for the Cougars.

The Rebels rebounded from the mishap, and Clayton Hussey drove his team downfield for a game-winning touchdown courtesy of a 7-yard run by Hussey. Cooper Dansby added the two-point conversion on a run to move ahead of the Cougars for good.

“They did some things on defense we weren’t really prepared for, and we made some adjustments in the second half,” Moye described. “It was Crenshaw’s game in the first half, and our game the second half.”

The Cougars won the coin toss, electing to receive the ball first.

Running back Drake Mills scored Crenshaw Christian’s first touchdown with a 1-yard run and followed it up with a run to convert for two points.

Lowndes failed to score on its next possession, and the first quarter closed with the Cougars ahead 8-0.

During the Cougars’ first possession of the second quarter, Jake Rodgers caught a 26-yard pass and took the ball to the endzone for the second touchdown of the game, but the Cougars missed the extra point attempt, leaving the score at 14-0.

The Rebels reached the end zone with a 12-yard touchdown pass from Hussey to Dansby. A successful extra point attempt left Lowndes trailing 14-7.

With 1:30 remaining before halftime, Mills ran the ball 10 yards up the middle for his second touchdown. Crenshaw Christian missed a second extra point attempt. The Cougars held a 20-7 advantage going into halftime.

Lowndes added a touchdown on a 23-yard pass from Hussey to Scott Stinson to make the score 20-13.

“We did some of the things we needed to do in the first, but in the second half, we didn’t do much of anything right for us because it didn’t work,” said Crenshaw Christian head coach Wayne Grant. “We couldn’t move the football. We couldn’t sustain drives. We couldn’t block half the people on the line.”

With playoffs coming quickly, Grant said the team needed to refocus to come out ahead.

“I don’t know what was wrong with us, but definitely, if we don’t get better, we’re going to experience this again.” Grant said.

The Rebels will begin the AISA playoffs with an opportunity to host their first two playoff games at home.

Lowndes finishes its regular season against Hooper Academy on Friday.

“Our kids have so much heart,” Moye declared. “They are absolutely relentless. They’re so much fun to coach and they just do whatever we tell them to do.”

The 6-3 Cougars will enter the playoffs with an opportunity to host in the first week but must travel for the second round if successful.

Crenshaw Christian will travel to Foley for its regular-season finale against Snook Christian on Friday. 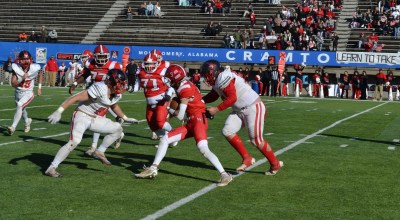