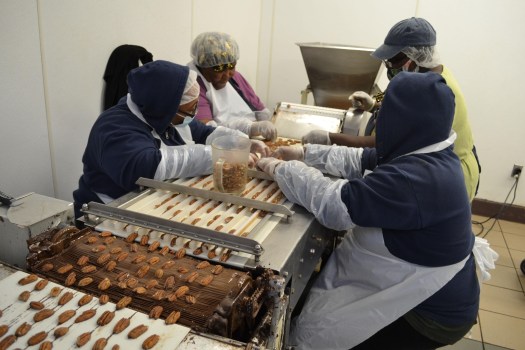 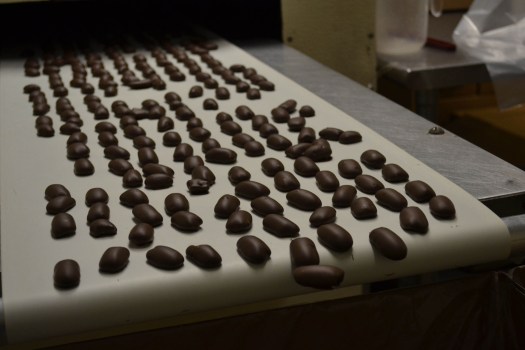 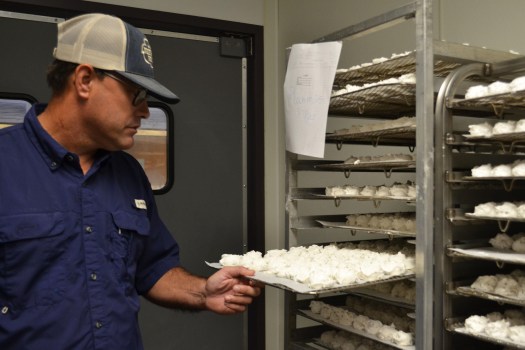 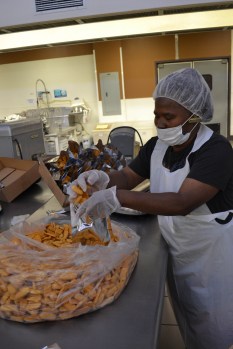 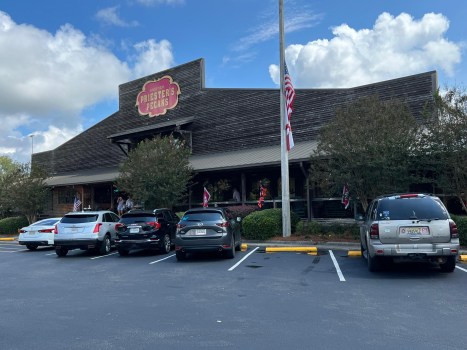 For roughly 87 years spanning four generations, Priester’s Pecans has established itself as a fixture within Lowndes County, generating sweet and savory gourmet treats through its various facilities in Fort Deposit.

Grace Smith Ellis, the company’s social media director, said Priester’s Pecans was the brainchild of L.C. Priester, who began serving treats associated with the South in his Texaco gas station in the 1930s. Upon the success of the venture and ever-growing demand, Priester sought out help via a silent partner, long-time friend Hense Reynolds Ellis, a local businessman and Mayor of Fort Deposit. A handshake and $200 dollars later, the company was born.

“Eventually, the company passed on to Ned Ellis, which is the second generation,” Grace Smith Ellis said. “He owned and operated it for a long time. Eventually, Mr. Thomas (Ellis) began working here and took over management.”

Thomas Ellis assumed complete control of the company in 2018, which includes the shelling plant and the candy kitchen, according to the Priester’s website, https://www.priesters.com/aboutus. The iconic retail store located off Interstate 65 at the Fort Deposit/Logan exit is owned by Ellen Burkett.

Between the shelling plant and candy kitchen, Priester’s Pecans employs 65 full-time employees, but during the holiday season, the number of employees increases to up to 145, Grace Smith Ellis said.

“One of the coolest things, I think, about many of our employees is the length of time that they’ve been here,” she said, adding two have been with the company over 50 years, four have been there for 40 years, and many more have surpassed 30 years of service.

As the company flows to the younger Ellis generations, Grace Smith Ellis said the company sees a similar pattern with its employees as multiple generations of families find a home within the Priester’s family.

“We talk about Priester’s as a family business, and I think a lot of times, when you have multi-generations involved in a family business, you think about it in the context of bloodlines,” Grace Smith Ellis said. “Really, I think there’s a familial atmosphere here, and I do think the longevity of the employees, and the fact their children come back to work is a testament to the quality of work, the quality of life it can provide, and that feeling of being a part of that family atmosphere, even if your name isn’t Ellis.”

Stinson Ellis said during the pandemic, the company partnered with leaders within the local schools to provide part-time employment opportunities for area high school students.

“Great group of kids,” he said. “Very respectful. That experience really kind of told us there’s a lot of assets in our community that we need to do our best to try to help promote and take advantage of as far as getting quality employees.”

There are many products bearing the Priester’s brand, but Grace Smith Ellis said it all starts with some divine intervention.

“Stage 1 is the Lord’s work,” she said. “He does the best job of creating pecans. We take what He has and just add a little extra goodness to it, a little extra sweetness or flavor to it. As far as the variety of products we have, we could sit here and talk all day about it. We like to think there’s something for everybody.”

Priester’s products can be found in a variety of locations from local gas stations to online retail.

A pecan’s journey from Priester’s to the consumer begins in the shelling plant, where in-shell pecans are received.

Stinson Ellis said the bulk of pecans come from Georgia, but they also receive pecans from Alabama, Texas, and Arizona.

The shelling plant handles the roasting and salting of the pecans and other nut varieties received at the plant. It also serves as the distribution hub for the products shipped throughout the U.S., Canada, and abroad via APO military addresses.

Stinson Ellis said the family opened several retail stores in the area in the late 1980s or early 1990s, including the store by the interstate now owned by Burkett.

“That store floundered for a little while until we found the right recipe for it,” he said. “Once we did, some people started coming by and enjoying it. The right recipe was the gift items, T-shirts, and all that kind of stuff that people wanted to purchase or would purchase on a trip out of town. Then, the products we make, the scooped ice cream – all that stuff. So that store started becoming more and more popular.”

Burkett said she purchases Priester’s Pecans products directly from the manufacturers to sell in the store.

“It’s made right here in the back of the building, and we get it here fresh to sell in the store,” she said. “Of course, some of the favorites include the fiddlesticks and the honey-glazed. We make divinity from scratch, which not many people do anymore, and traditional pecan logs. Everything has the fresh-shelled pecans in it that are shelled at the plant right here in Fort Deposit, so everything is fresh and the best quality.”

The candy kitchen handles the creation of the more complex products offered by Priester’s such as pies, divinities, fiddlesticks, and many more savory and sweet treats.

“I’ve been here a long time,” said Carolyn Adams, a supervisor in the candy kitchen who has worked for Priester’s for 40 years. “They’re really nice people, and we get along with them really (well). They understand your problems … I’m glad I’m here because it’s a better job for me at my age.”

Tyler Ellis said it’s a joy to work with all the employees in the candy kitchen and make products for the customers who enjoy them.

“It’s a neat business to be in because the end-customer comes back every week and every year at Christmastime to buy gifts that we send all over the U.S.,” he said. “It’s a joy to see those repeat customers every year. The longevity of Priester’s all the way through four generations says a lot about the loyalty our customers have for our brand.”