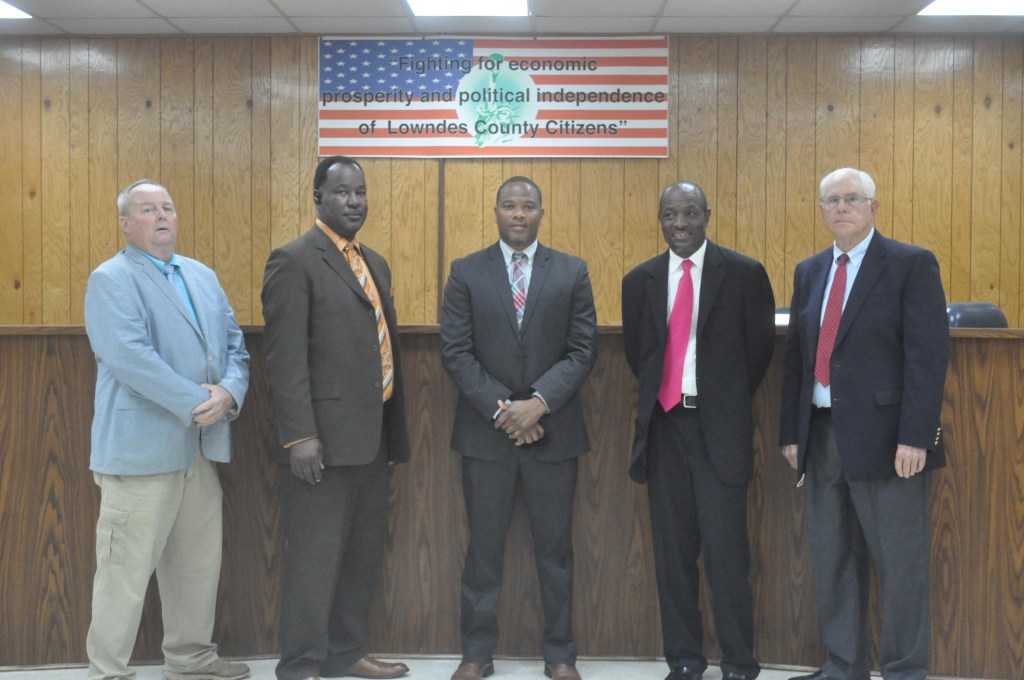 The Lowndes County Commission discussed its annual budget at Monday night’s regularly scheduled commission meeting, which included a raise for all county employees.

“We are required to pass the budget every year by Oct. 1st,” County Commission Chairman Charlie King said. “We looked at the budget and operating costs, and made the decision to give a $1.50 hour raise across the board.”

In addition to the hourly increase, Lowndes County employees will also receive a one-time bonus of $2,500. The bonus should be included in the next payroll check, according to King.

The proposal passed with a majority vote by commissioners King, Dickson Farrior, and Joseph Bargainer. Commissioners Robert Harris and Joshua Simmons voted against the $1.50 increase and for the $3 increase.

The county highway department informed the commission the pay increase and bonus is not enough for them and have backed up their words by not coming into work since the budget was passed.

“The road department wants a $3 an hour raise,” King said. “We wanted to be fair to everyone, not just the road department. If we gave them a $3 raise, then we would have no money for operating costs or to purchase items for repairs and would have to shut down in three to four months.”

King said he stands firm on the majority decision the commission made.

Commissioner Harris disagrees with King regarding the budget.

“I looked at the budget,” Harris said. “I know it could have been done because the numbers were there.”

Harris said he voted for the $3 increase because it was more than just a pay increase in his mind.

“This increase was to do three things,” he said. “It was for the cost-of-living increase everyone is experiencing, a starting salary increase from $10 to $13 to get people into the county and fill positions, and for retention so we can keep good people here. They allowed GE to get away with 40 years of tax-free dollars, but when we get an opportunity to give extra back to the employees, they vote against it.”

Harris said he met with the employees who are protesting for more pay Wednesday morning.

“That is what the atmosphere is,” he said when asked if protestors were digging in their heels. “Whatever decision they make, I will support them.”

The issue is more than a pay increase according to Harris. Economic development, or lack thereof, is also something that needs to be considered here, said Harris.

“We have no amenities for them to spend their money in Lowndes County,” Harris said. “A loaf of white bread costs everybody the same thing. These guys are out there in the inclement weather, rain, soaring heat, (and) freezing cold. We (commission) want to pay wages that are not conducive for the environment we are living in today. The budget would be passed with monies left over (for the $3 increase). We cannot pass a budget in the red. The same commissioners voted in a majority to raise the garbage fee, but they wouldn’t vote to increase the salary of these workers to afford the fee.”

Commissioner Farrior agrees with Harris to a point on places to spend money in the county.

“We have worked to bring in the Flying J, a Dairy Queen, and we have had three or four dollar stores open in the county,” Farrior said. “We also have an AG, Ace, and several stations where money can be spent. I admit people may have to go out of county to Montgomery, Selma, or Greenville to get some items. We are in a place where we are surrounded by larger areas so people on each side of the county will travel to the area closest to them.”

Farrior said he believes the commission passed the right proposal.

“There has been an increase in cost of living, and it affects the county as well,” he said. “We have to have some money set aside for the increase in prices of diesel fuel and asphalt, or we will not be able to operate to fill the potholes that need filling or heat the courthouse. I think everyone thought the property tax we received this year from GE would go much further than it did. However, they were paying us $800,000 in lieu of taxes, so the amount we received didn’t include that. I am not sure what the answer is here. I want my constituents to be happy, but I also want to ensure the county can operate.

The commission said it is meeting with employees and hopes to reach an agreement that works for everyone.