JD Davison participates in parade, gives back to Fort Deposit via meet-and-greet 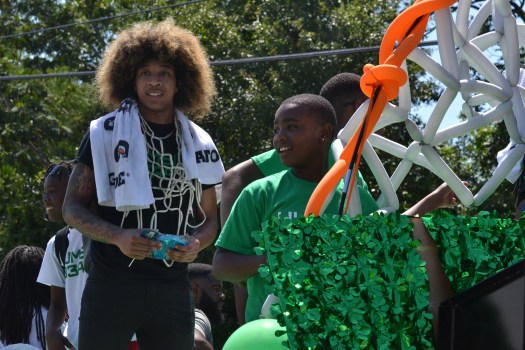 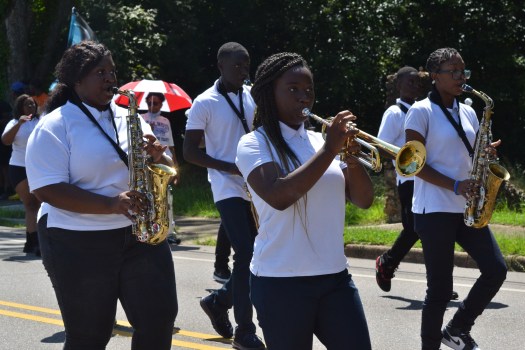 Members of The Calhoun School Marching Band perform during a parade honoring JD Davison on Saturday. Photo by Shane Dunaway 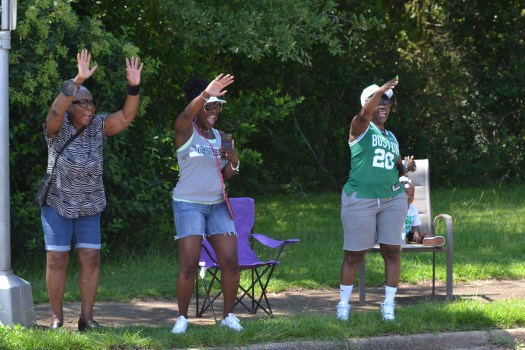 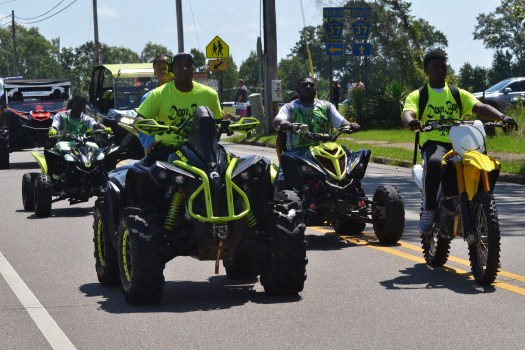 A variety of all-terrain vehicles, dirt bikes, and other vehicles cruise the street as part of the parade for JD Davison. Photo by Shane Dunaway 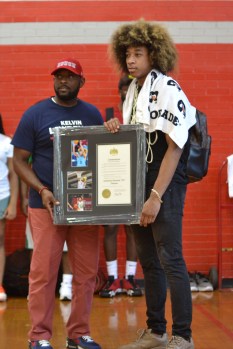 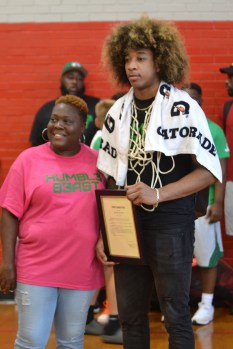 A five-star recruit out of The Calhoun School in 2021 and former point guard for the University of Alabama who was selected 53rd overall in the 2022 NBA Draft by the Boston Celtics, Davison held a meet-and-greet event following the parade at Lowndes Middle School.

Davison said it’s been a wild ride from March Madness to now, but he’s glad to be home visiting family, seeing old friends, and giving back to the community.

“It’s just like my mom always tells me, ‘The player you are makes you who you are on the court, but off court will make you the kind of person you are,’” he said. “That’s just who I am. Just to come back, and give back to the community and to the kids; they look up to me, so I can come back and give back to them.”

He added his support system in Lowndes County helped him achieve the goals he’d always dreamed of accomplishing.

Catrina Davison, JD’s mother, wore a black T-shirt featuring the green-text phrase “HUMBL3 B3AST,” her son’s brand he established through the recent Name, Image, and Likeness (NIL) initiatives now allowed by the NCAA, as she surveyed the crowd in attendance while standing near half court.

She explained the origins of HUMBL3 B3AST.

The parade featured members of The Calhoun School’s marching band and Junior Reserve Officer Training Corps, a fleet of custom vehicles from Certified Stunners, a variety of all-terrain vehicles and motorcycles, and a float featuring Davison and local youth, who tossed candy at parade attendees.

Fort Deposit Councilwoman Gail Perdue Savage served as one of the key coordinators for the parade and meet-and-greet festivities.

“We are so excited for him and are very proud of him,” she said. “That’s why we, the town of Fort Deposit, along with our mayor and the council, came up with this idea to give back to him.”

She presented Davison with a proclamation from Fort Deposit Mayor Jacqulyn Davison-Boone and the council honoring his recent achievements.

Kelvin Lawrence, Alabama State Representative for District 69, attended the event to show his support for Davison.

“JD is one of our homegrown talents that is very special to everyone,” Lawrence said. “I can tell because of the outpouring of love and support that’s here today. It’s an opportunity for me to brag a little bit, especially in the state legislature, because very seldom do any of our state representatives get to brag about having an individual that is as great as JD is in our district. So I’m very proud of that.”

Lawrence presented Davison with a proclamation on behalf of Alabama Gov. Kay Ivey and shared a conversation he had with his colleagues in Montgomery.

Greenville senior point guard Tyler Mallory said he knew Davison from working out and playing at the same gym. Mallory said Davison sets a good example for other student-athletes to follow.

“It shows me I can do it if I work hard enough,” Mallory said.

Bryant Berry, a sophomore guard at Park Crossing, attended the event with his father, Dewayne Berry.

“JD inspired me a lot because he showed us basketball players we can make it out and play professionally.” the younger Berry said.