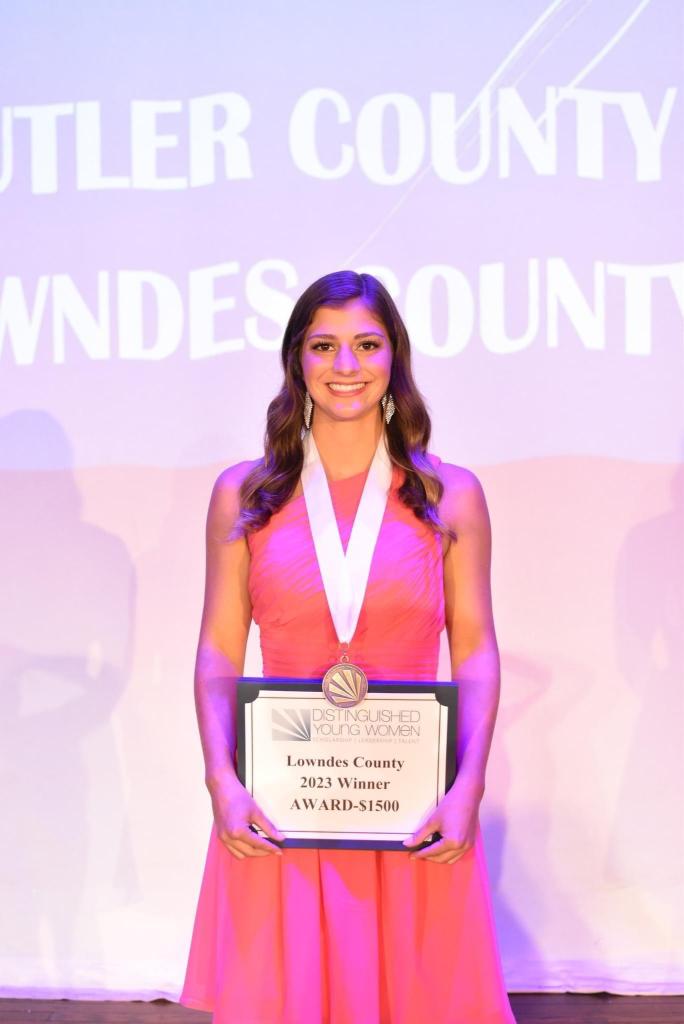 Harley Hooper, daughter of John and Michelle Hooper, beat out her competition and was awarded the DYW 2023 distinction. She also received $2,400 towards her future education expenses.

Hooper has not decided on a college, yet, but is considering the University of South Alabama.

“I have just always loved math and science,” she said when asked why she picked engineering as her major.

Hooper participated in DYW last year. She said the experience helped her in her decision to participate this year.

“When I was a little sister it was so awesome to watch the girls. They left the program with so much confidence,” Hooper said.

Although Hooper hasn’t taken dance in a long time, she performed a lyrical dance for the talent portion of the program.

Hooper said she encourages others to participate in the DYW program because it encourages girls to “be their best self.”

Hooper will compete in the state DYW competition in January, 2023. She said she will work on her dance and try to stay up-to-date on political events for the interview portion at state.