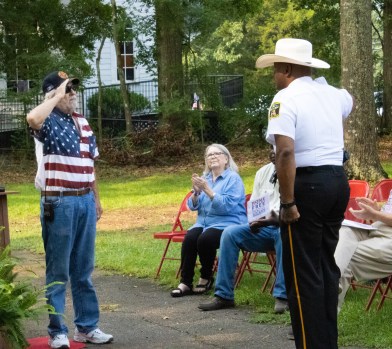 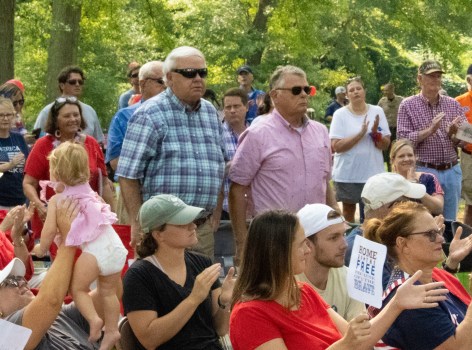 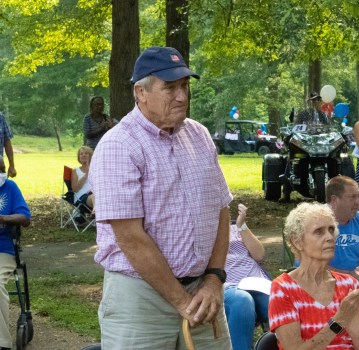 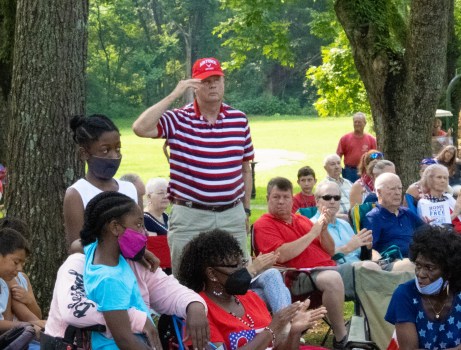 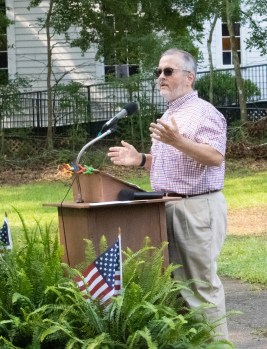 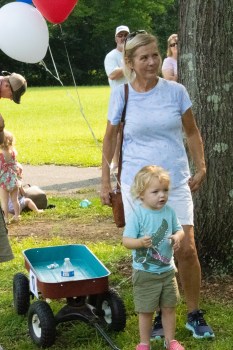 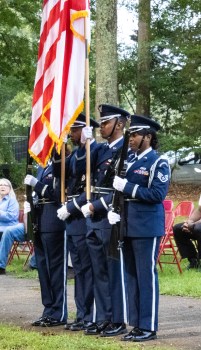 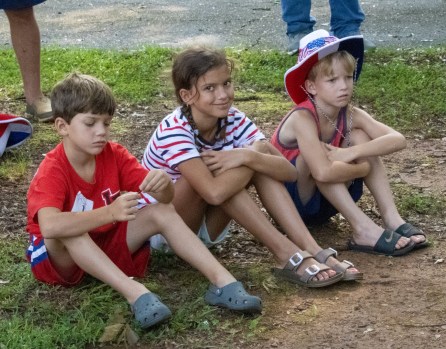 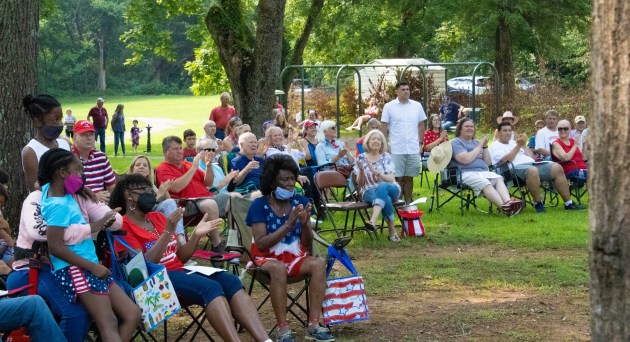 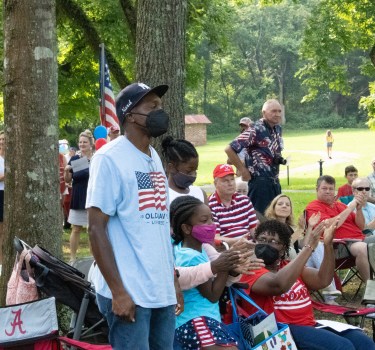 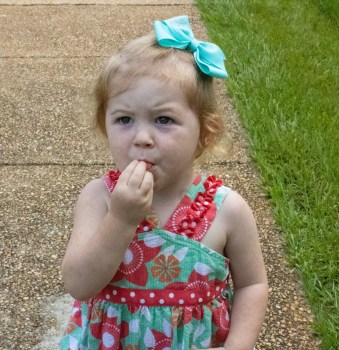 Lily Hagood enjoys candy she caught during the parade in Lowndesboro. Photo by Christy Johnson/Greenville Advocate

Residents came out with lawn chairs and flags. People dressed in red, white and blue cheered parade participants while kids of all ages collected thrown candy with big smiles.

The parade ended with a community gathering at the park for the Independence Day celebration.

First Baptist Church Pastor Willie Lewis opened up the ceremony with prayer. Lewis thanked the Lord for allowing us another day to celebrate and asked the Lord to keep everyone safe and blessed.

Mac McCurdy, a resident of Lowndesboro, followed with a few words regarding the flag team and their professionalism and hard work. A brief history of the pledge of allegiance was given, educating the crowds that it came into existence in 1892 and amended in 1954 to include one nation under God. McCurdy also educated the crowd on the proper way to say the pledge, standing at attention while facing the flag and removing any head covering and placing your right hand over the left part of the chest. The Grand Old Flag was played, followed by the pledge of allegiance.

The Lowndes County Sheriff Chris West was introduced by Mayor Anne Spooner. West spoke on how the last year has been rough with the pandemic and loss of the previous sheriff. West commented on a Facebook post that he was tagged in with Williams, the previous sheriff. The post stated that Williams was always a part of the Lowndesboro celebration. “Every day I serve in this office, someone says “Big John did it this way” or “Big John did it that way,” West said.

“I guess Big John is kinda like a good recipe for like cookies or cake or something like that. You’ve got just the right ingredients for the right flavor to fit your mouth. And where I am probably not the exact same recipe, everyone is looking for, but I want to just reach out to each and every one of you and tell you if you want to throw in a pinch of sugar, a little bit of salt, or a little bit of flour, I will try to be that thing that you’re looking for. I am not going to be the exact same recipe, but if you will just add a pinch here or take something away there, I will probably fit your palette,” West finished, followed by laughs and applause from the audience.

The mayor introduced the county commissioner, Robert Harris, who represents the Lowndesboro area. Harris spoke of what a great day it was to celebrate together. He took time to appreciate the first responders and military as well as their wives and families for all they do. “It’s a great day to just be alive,” Harris said.

Veterans in the crowd were recognized for their service.

The new circuit judge, Cleveland Poole, spoke on his new appointment. Poole focused on how being in a rock and roll band saved his life. He recounted having a medical emergency while playing a gig and how he would not have been able to receive the medical care he did if not for the location he happened to be at.

The event is a highlight for the small town each year. The love of the country and respect for veterans could be seen throughout the event by residents, young and old.