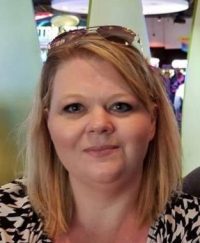 Christy Johnson, 39, has been named managing editor of the Greenville Advocate, the Luverne Journal and Lowndes Signal, all of which are owned by Boone Newspapers, Inc. (BNI), which is headquartered in Tuscaloosa, Alabama.

She attended Piedmont College in Athens, Georgia before moving back home to Crenshaw County and finishing school at Troy University. Johnson worked in commercial insurance for several years before beginning her new career at the Greenville Advocate as a reporter.

Johnson is married to Timothy Johnson, a commercial truck owner operator. They have two children, Alexander, 16, and Payton, 12. Johnson’s hobbies include baking, gardening and crafts.

“I am very excited to begin this new journey. I love being able to highlight the stories that go untold and be able to feature the people in our communities, showcasing their many talents and giving hearts,” Johnson said. “I have an amazing team that I am privileged to work with. I look forward to meeting people in the communities we serve as well as growing our newspaper and digital media content.”

Dennis Palmer, Publisher of the Advocate, Journal, and Signal said Johnson’s promotion to managing editor was an easy decision when considering her strengths.

“Since Christy has been working with us she’s shown an incredible enthusiasm and drive to help keep our communities informed about the happenings that are important to us all,” Palmer said. “She genuinely cares about the health and welfare of those we serve through the pages of our newspapers, and being from Crenshaw County, she understands what’s important, and what makes this area a special place to live and raise a family.”

Johnson replaces Kendra Majors, who served as regional editor of The Greenville Advocate, The Luverne Journal, The Lowndes Signal, The Demopolis Times, The Selma Times-Journal and associated digital and print products during the last year.