After an announcement by Governor Ivey on March 18, the Alabama National Guard began preparation work for the twenty-four mobile vaccination clinics that would appear in rural counties across the state of Alabama.

The clinic set up on Monday, which marked the start of the second week of these clinics’ operation, allowed residents of Lowndes County the opportunity to receive their vaccination.

Set up at the Old National Guard Armory on Gilmer Hills Road, the clinic saw an overwhelming amount of interest from residents.

Despite beginning at nine in the morning, over sixty residents were gathered at the site’s location before the arrival of the Alabama National Guard.

According to Lieutenant Colonel Hobdy, commander of Bravo Team and overseer of the clinic, the response from the community was a good sign. “The amount of people we have seen at the clinic today, as well as the clinics we set up previously, is a very good sign that people are taking this thing seriously,” he said. “We have really encouraged people to talk to others about the process of receiving the vaccination. We want them to know that we have experts who can ensure their safety as well as speak to them about any weary feelings they may have.”

This system seems to have been very effective as 147 doses of the Pfizer vaccine were administered within the first hour of the clinic’s opening. Overall, of the 1,100 doses that were available, 516 were administered. 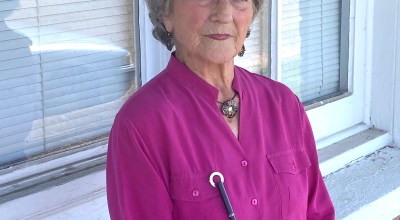