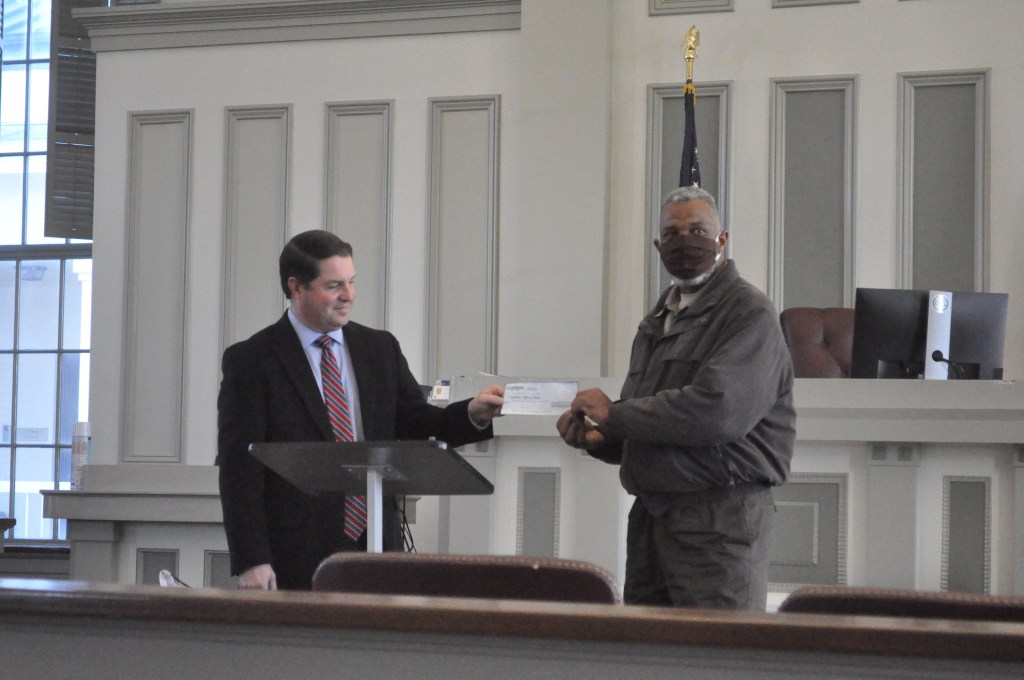 “This is a special day for us,” Lowndes County District Judge Adrian Johnson, who serves as the chairman of the Lowndes County Children’s Policy Council, said. “We’ve talking about this for a year.”

Sheriff Williams was killed on Nov. 23, 2019 at the Hayneville QV store.

Johnson said the scholarship is a way for the CPC to honor Big John’s memory.

Johnson said to establish the scholarship, he was able to take some funds from the Lowndes County juvenile trust fund.

Daniel Rudolph also organized a bike ride that had more than 300 motorcycles last summer. Funds raised from that ride went toward the scholarship.

The scholarship is $2,000 per student and will be awarded to three students in Lowndes County. One award will be given per county high school.

Johnson said they wanted to make sure the scholarship reflected the values for which Big John stood.

On the application, applicants are asked to tell what qualities they possess that are similar to the qualities exemplified by the late sheriff.

“We didn’t want it to be solely academic,” Johnson said. “We want the students to demonstrate their passion for the community.”

A scholarship committee has been established and a banquet will be held in the spring.

Johnson said anyone who wishes to donate to the scholarship may do so by sending a check to P.O. Box 455 Hayneville, AL 36040.

Williams’ wife, JoAnn, and daughter, Shanice Williams, were in attendance.

“We thank them for thinking of my father and coming up with a scholarship in honor of his name,” Shanice Williams said. “My father truly did love kids – not just his kids, but all kids in the community. This is a great way to give back to the community.”