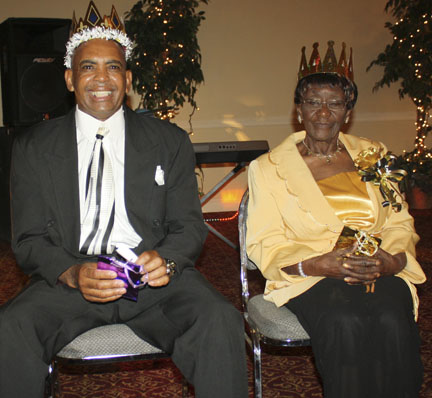 By WALTER HILL
Special to the Signal

The event was held in the Hayneville Plaza Grand Ballroom with Senior Citizen members from both church congregation decked out in their after-five attire.

The coordinator, Cathy Robinson, of Mt. Moriah # 2 was all smiles as she along with all other attends watched the Senior Citizens strut their way into the ballroom to their respective seats.

The entire evening was dedicated to the Senior Citizens and was filled with food, fun, music and entertainment.

Mrs. Cathy Robinson said she is humbled and grateful to Bougahoma and Mt. Moriah # 2 members for all their support and cooperation in helping to make the event a success.