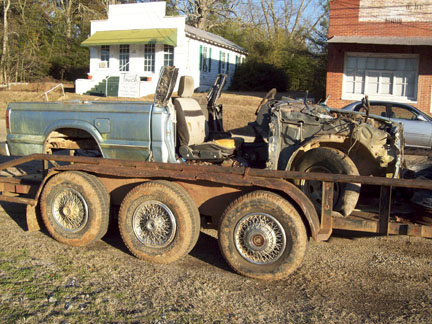 Lee Earnest Steiner’s Mazda truck was vandalized while parked on his property behind the National Guard building in the town of Fort Deposit.

Lee Earnest Steiner of Fort Deposit recently had his vehicle destroyed while it was parked on his property behind the National Guard building inside the town limits.

“One part of the property leads to the city and the other part leads to where I parked the truck,” said Steiner. “I took it down there until I could repair it, but when I got back it was all cut up.”

Steiner said his Mazda truck was parked on his property for about two weeks before it was discovered it had been vandalized.

A warrant has been issued for the arrest of the person or persons suspected to be involved with the destruction of property and residents are asked to report any suspicious activity to the proper authorities.

Thomas said no names are being released until an arrest has been made.

The Lowndes Signal will have more information as it becomes available.