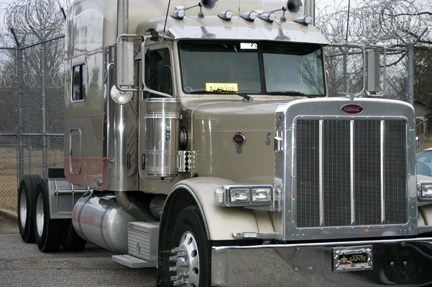 Two men were arrested after Lowndes County Sheriff’s Deputies recovered six kilograms of cocaine underneath the sleeper bunk of a diesel truck during a routine stop.

Carl Ray Hawkins, Jr, 22, of Franklin, Louisiana and Harry Douglas Pruitt, Jr, 41, of Houston were pulled over at mile marker 151 on Interstate 65 near the Lowndes and Montgomery County line just after 10:30 a.m.

Hawkins, the driver, consented to a search of his diesel truck after he was questioned by deputies.

During the search, deputies recovered six kilograms of cocaine and a .45 caliber pistol underneath the sleeper bunk of the cab.

The two suspects were both arrested and charged with trafficking cocaine after a chemical test confirmed deputies’ suspicions. The driver was also charged with carrying a pistol without a permit.