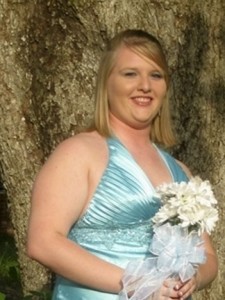 A local Lowndes County teen who recently competed in the Distinguished Young Women scholarship program will advance to the state level of competition.

Hanna Barganier of Ft. Deposit participated in the At-Large program on Aug. 7 at the St. James School in Montgomery and will represent Lowndes County.

The Distinguished Young Women program, formerly known as the Junior Miss program, was founded in 1958 in Mobile by the Jaycees and the city’s Junior Chamber of Commerce.

She and the other contestants were judged in a series of separate categories ranging from interview, fitness, scholastics, presence and composure and talent.

Barganier received $200 cash to put toward her scholarship and will be traveling to Montgomery for the state-wide competition Jan. 7-15.

Barganier entered the competition to receive a better scholarship opportunity.

“This is the first time Hanna has participated in this type of program,” said Hanna’s mother Pam Barganier.

Since its start, the program has allowed more than 700,000 young women to reach multiple education opportunities.

Hanna has been recognized for her various scholastic involvements and achievements.

She received the 9th grade Presidential Honor, has been recognized for good citizenship, has been editor of the Ft. Dale yearbook since her junior year and has received special recognition for serving a hospice.

Hanna is actively involved in the pep squad, the Senior Beta Club, Facts Club and Key Club and is also a member of the varsity volleyball team at her school.

Performances will be held at the Frazer United Methodist Church Jan. 14 and 15.